Damien Chazelle’s third feature film, FIRST MAN, is based on the 2005 book of the same name by James R. Hansen, following the life of Neil Armstrong in the years leading up to the 1969 Apollo 11 mission to the Moon. The film stars Ryan Gosling, Claire Foy and Jason Clarke, and was nominated for four Academy Awards, winning for Best Visual Effects. First Man was shot by Swedish cinematographer Linus Sandgren, FSF, ASC, who had previously worked with Chazelle on La La Land. Chazelle and Sandgren set out to make a space movie with a distinct visual approach, and wanted to portray space travel in a gritty and naturalistic manner.

To do this, Sandgren used a mixture of film formats – Super 16mm, 35mm and Imax – to capture different periods and locations in the story. As the story shifted towards space and the scale of the environments being captured grew, the format moved up accordingly in size, until the Moon landing sequences were shot entirely on Imax. Chazelle also went to exacting details in production design, lighting and effects to create an environment as faithful to the original mission as possible. Part of this approach included a desire to do minimal VFX work in post-production. As a result, First Man was one of the first major studio films to use LED screens with pre-captured visual effects on set.

LOST HIGHWAY is a 1997 neo-noir film directed by David Lynch and starring Bill Pullman, Patricia Arquette, Balthazar Getty and Robert Blake. The film follows a musician (Pullman) who finds himself accused of his wife’s murder, and a young mechanic (Getty) who is drawn into a web of deceit by a woman cheating on her gangster boyfriend. Both women are played by Arquette. Lost Highway initially divided audiences and critics but has gone on to develop a cult following, and is now one of the most well-recognized of Lynch’s filmography. Lynch worked on Lost Highway with Lebanese-born American cinematographer Peter Deming, ASC. This was the pair’s first collaboration, but Deming was already known at the time for his work on films such as It Takes Two, House Party, and My Cousin Vinny.

Deming and Lynch spoke in pre-production about the color palette of the film living in browns, yellows and reds, leading Deming to shoot most of the film with a chocolate #1 filter on the lens. This approach did lead to some underexposure issues, and Deming had to compensate in color timing for losing some of the details he lost in the shadows. Lynch and Deming’s collaboration was a constant push-and-pull between Lynch’s desire to abstract the images of the film and Deming’s to maintain some visual clarity – which even led to moments where Lynch instructed Deming to pop the lens in and out of the camera during certain shots to send the images far enough out of focus.

TOY STORY 4 is a 2019 computer-animated feature directed by Josh Cooley (in his directorial debut), and follows the adventures of Woody (Tom Hanks), Buzz (Tim Allen) and the rest of the famed troup of toys as they embark on a road trip with some new friends, including a plastic fork named Forky (voiced by Tony Hale). Toy Story 4 grossed over $1 billion worldwide, and won an Academy Awards for Best Animated Feature, making Toy Story the first franchise to win the award twice. The film’s cinematographers were Jean-Claude Kalache and Patrick Lin. Lin and Kalache sought to push the boundaries of computer-animated cinematography by making camera decisions that mimicked live-action filmmaking as closely as possible.

Toy Story 4 was shot in an Imax digital format with a variety of virtual anamorphic lenses that created oval bokes, horizontal lens flares and shallow depth-of-field. They even went so far as to virtually create camera shakes that gave the impression that some scenes were shot “hand-held”. The result is one of Pixar’s most visually spectacular projects that pushes the envelope of what is possible in animated filmmaking.

Harmony Korine’s seventh feature film, THE BEACH BUM, follows a stoner poet named Moondog (played by Matthew McConaughey) as he tries to finish a novel while going on adventures around the Florida Keys. The film also stars Isla Fisher, Snoop Dogg, Jimmy Buffett and Zac Efron. Korine worked on The Beach Bum with Belgian cinematographer Benoît Debie. Debie had previously worked with Korine on Spring Breakers, and was best known for his collaborations with Argentine filmmaker Gaspar Noé. Korine wanted Debie to push as far as possible into expressionism with his color palette for The Beach Bum, extending the work they did together on Spring Breakers.

The pair scouted Miami for locations that offered maximum saturation during the day, using varicolor vilters on the camera in order to make day scenes look as vibrant as possible. Debie also shot the film with 35mm Kodak film stocks that offered rich and nuanced colors, and shot with iPad-controlled LED lights to get exactly the right lighting effects. His goal was to do as much of the color work of the movie as possible in camera. In the end, Debie only spent four days color grading The Beach Bum.

MAZE RUNNER: THE DEATH CURE is the third and final installment in the Maze Runner series, based on the books of the same name. The film is directed by Wes Ball and stars Dylan O’Brien, Kaya Scodelario, Nathalie Emmanuel and Thomas Brodie-Sangster. Ball worked on The Death Cure with Hungarian cinematographer Gyula Pados. Pados had worked with Ball on the previous installment of Maze Runner, and was also known for his work on films such as Basic Instinct 2, The Duchess and Million Dollar Arm. Ball and Pados shot The Death Cure mostly in Vancouver, Canada and in Cape Town, South Africa, layering in VFX work from New Zealand-based CGI studio Weta Digital with the impressive mountainous landscapes of both cities. Weta digitally transformed Cape Town into the film’s WCKD city using over one million virtual buildings, giving the Maze Runner series finale a sense of unprecedented scale and grandeur.

WHITE MATERIAL is a 2010 French drama film co-written and directed by Claire Denis and starring Isabelle Huppert and Christopher Lambert. The film follows Maria (Huppert), a struggling French coffee producer in an unnamed French-speaking African country, who decides to put her faith in a rebel leader called The Boxer to help protect her harvest when a civil war begins to emerge. White Material was widely praised by critics, winning the Golden Lion at the Venice Film Festival, and was named by the New York Times as one of the best films of the 21st century so far.

Denis worked on White Material with Yves Cape, in their first collaboration. Denis and Cape sought to capture both the intensity of the situation Maria finds herself in over the course of the movie, but also the atmosphere of European colonialism in Africa and Maria’s devolving state of mind. Cape wanted to accurately convey the heat and visual intensity of the landscape, pushing images close to the point of blowing out during many of the daytime scenes, and choosing to shoot on film with as little post-production coloring and as few on-camera filters as possible, to create a raw, unvarnished visual language.

Sebastián Lelio’s 2017 drama A FANTASTIC WOMAN follows a transgender woman named Marina living in Santiago, Chile (played by Daniela Vega) whose life is thrown into turmoil by the death of her partner. A Fantastic Woman was selected to compete for the Golden Bear at the Berlin International Film Festival and won an Academy Award for Best Foreign Language Film.

Lelio worked on the film with cinematographer Benjamin Echazarreta. After casting Vega in the lead role, Lelio and Echazarreta sought to build a visual language for the film around her, creating a film grounded in Marina’s perspective while oscillating between a variety of tones and genres. This was particularly important given how little dialogue Vega had throughout the film – the camera would need to capture Marina’s internal dialogue, and not just keep her as a mysterious figure to the audience. With a bright, inviting color palette and a composed, slightly dream-like quality to the camerawork, Lelio and Echazarreta created a visual language of polarities, embracing both the playful and the brutal aspects of Marina’s life.

Issa López’s 2017 crime fantasy film TIGERS ARE NOT AFRAID follows a girl who joins a gang of street children after the death of her mother. The film follows the children as they try to survive the violence of the cartels and the ghosts of the drug war in Mexico. The film stars Paolo Lara, Juan Ramón López and Ianis Guerrero. Tigers Are Not Afraid premiered at Austin’s Fantastic Fest, and was nominated for ten Ariel awards in Mexico. López worked on the film with Mexican cinematographer Juan José Saravia, who was known as a pioneer of digital cinematographic technology in Mexico.

Inspired by the work of fellow Mexican filmmaker Guillermo Del Toro, López and Saravia set out to create a visual language that felt like a fairytale, despite the often disturbing circumstances of the story. The strong lighting choices and composed look of the film helps to situate the audience in the perspective of the children in spite of the violence of the world around them, bringing a fable-like quality to the subject of Mexico’s drug cartel violence. With a visually stunning final shot that brings the film to its conclusion, Tigers Are Not Afraid marked a powerful new voice in Mexican cinema.

TIMBUKTU is a 2014 Mauritanian-French political drama co-written and directed by Abderrahmane Sissako. The film centres on the occupation of Timbuktu, Mali by Islamic militants, and is partially influenced by a 2012 news story about the public stoning of an unmarried couple in Aguelhok, eastern Mali. Timbuktu was selected to compete for the Palme d’Or at the 2014 Cannes Film Festival, and was nominated for an Academy Award for Best Foreign Language Film. Sissako worked on the film with Tunisian cinematographer Sofian El Fani, who was known for his work on Blue is the Warmest Colour and Black Venus.

Shooting in Oualata, Mauritania, Sissako and El Fani wanted to create a visual language that contrasted intense close-up scenes with extremely wide, panoramic shots of the countryside, blending naturalistic drama with moments of understated poetry. El Fani chose to shoot the film on the Arri Alexa Plus using mostly Cooke S4 lenses, in order to maximize his flexibility during the rigorous, largely exterior shoot. The oppression and violence that is portrayed throughout the film is often captured in breathtaking wide shots of open plains and spectacular landscapes, keeping the audience at a distance from the futile violence gripping the film’s characters. 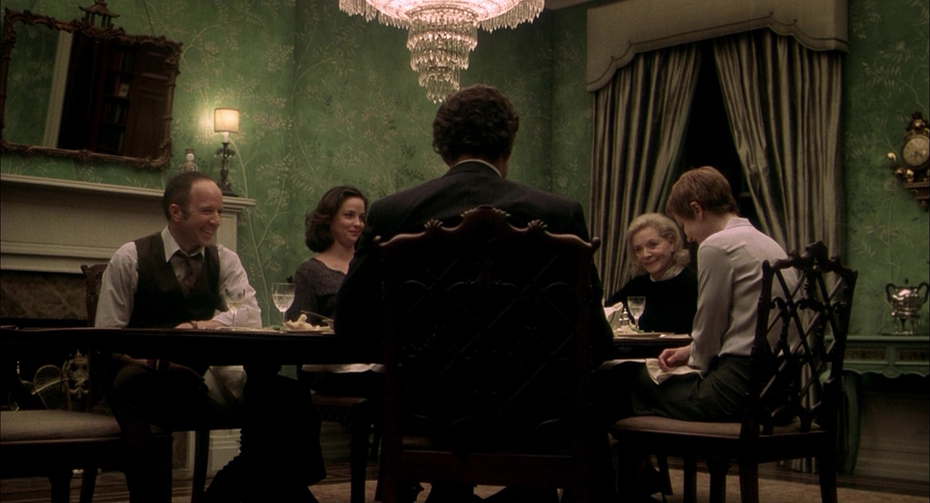 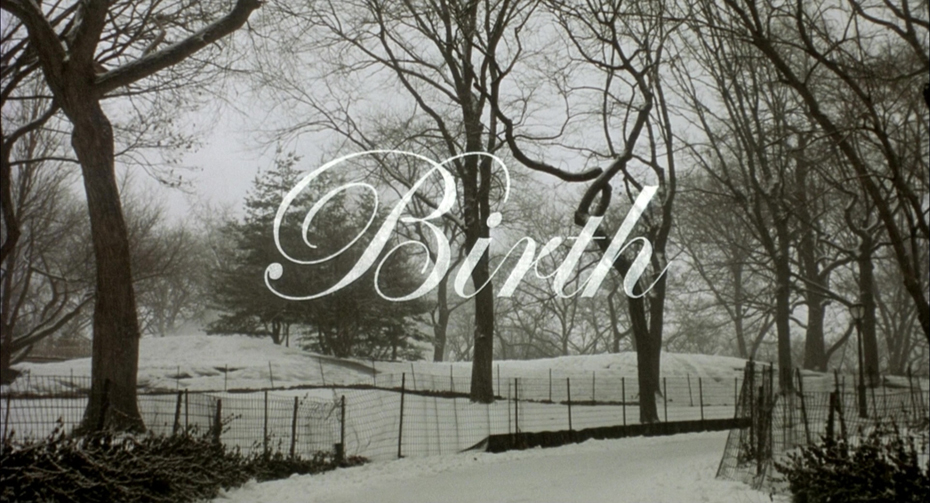 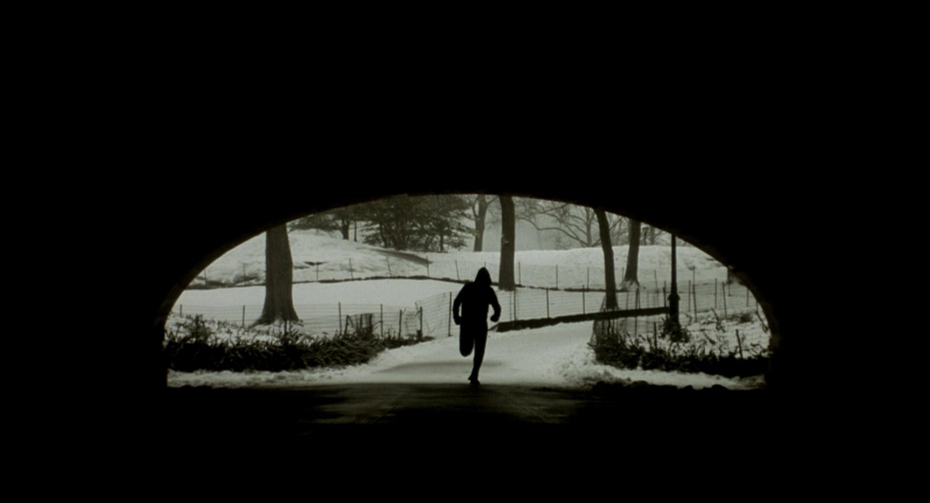 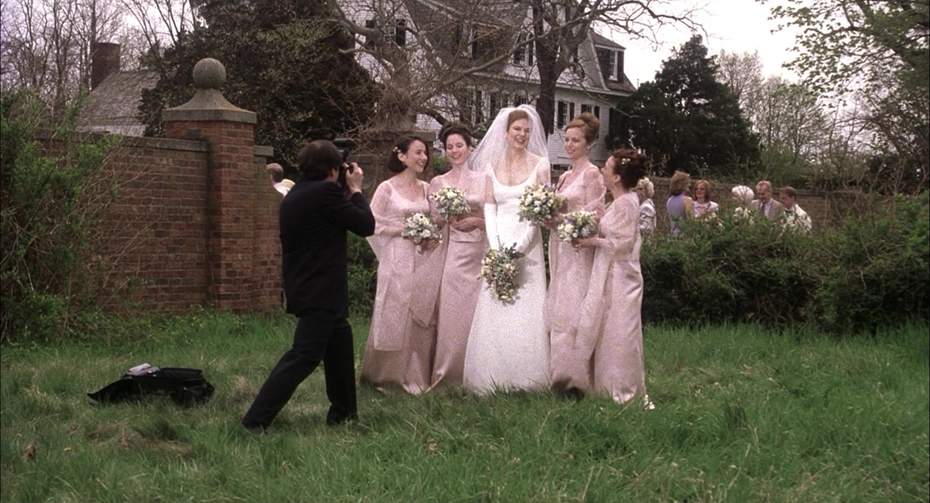 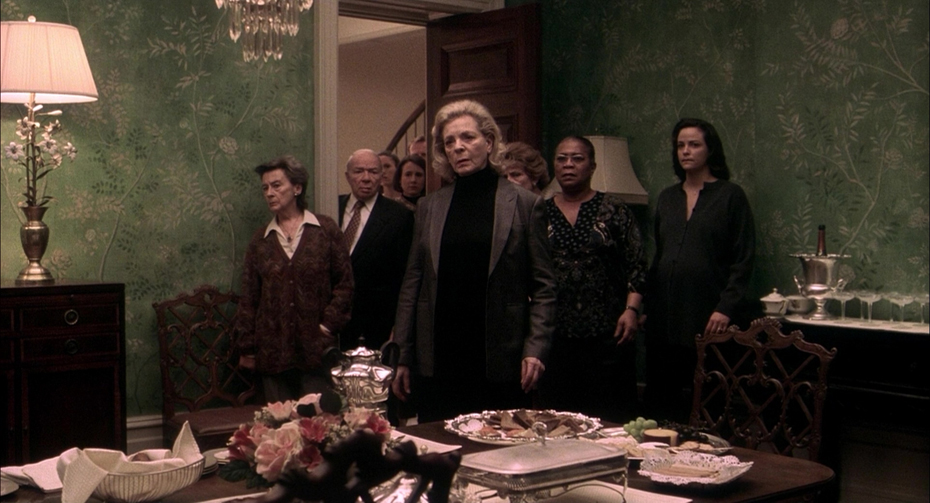 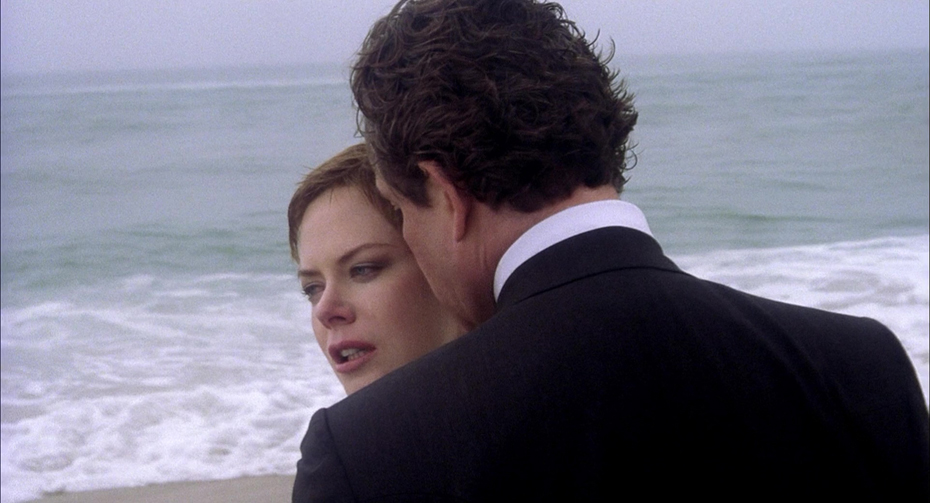 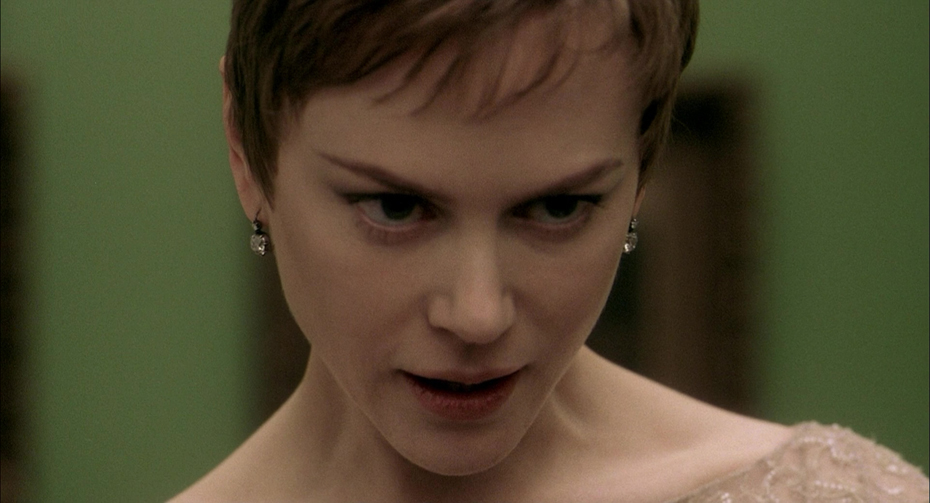 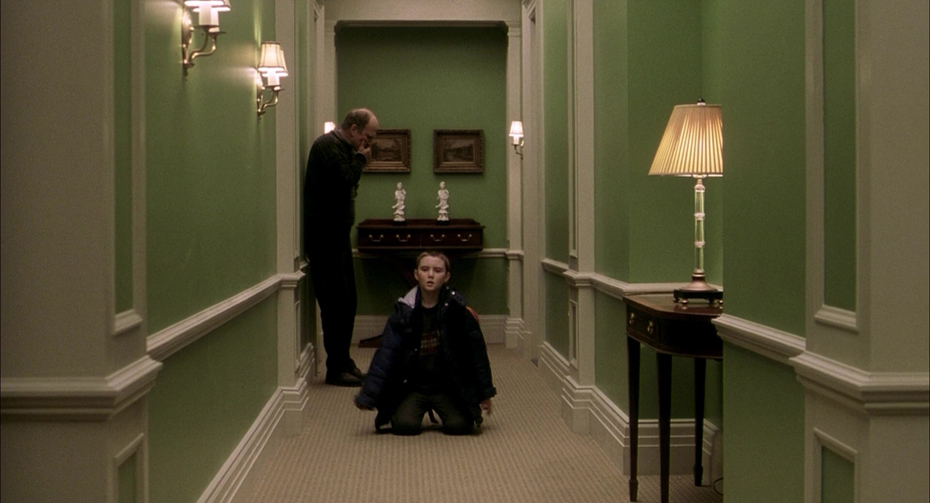 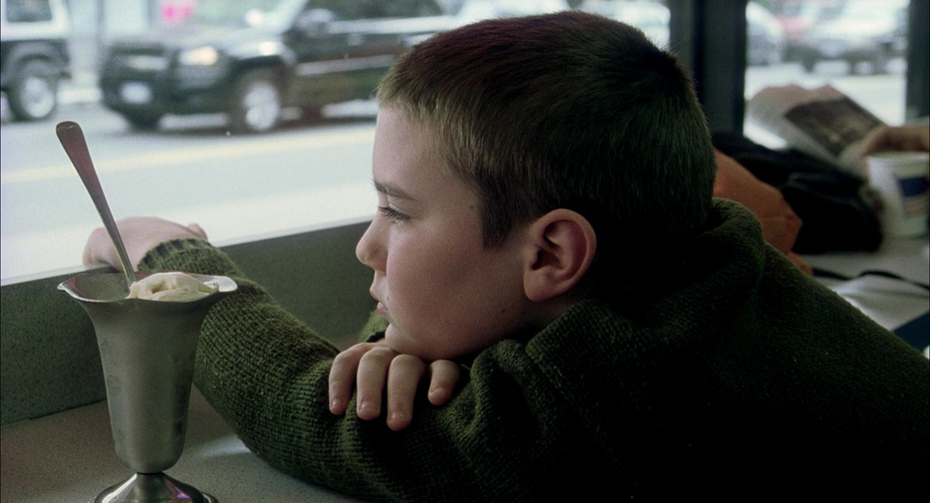 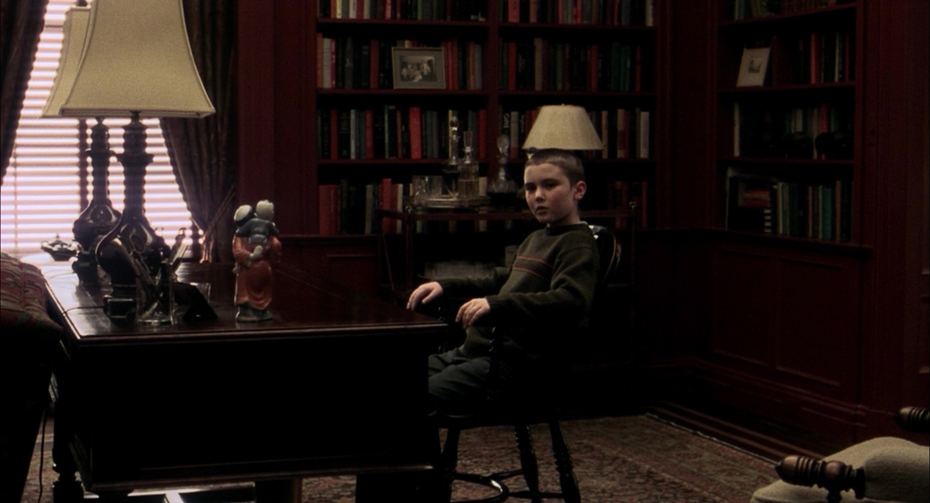 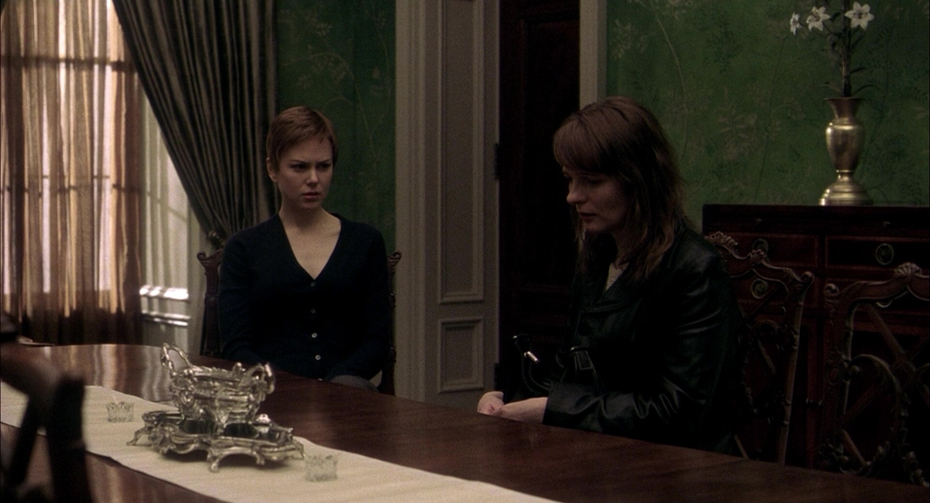 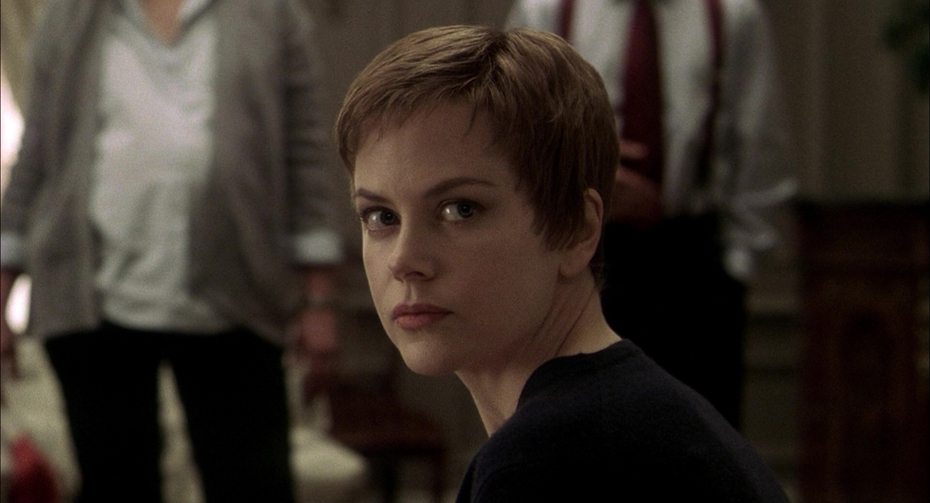 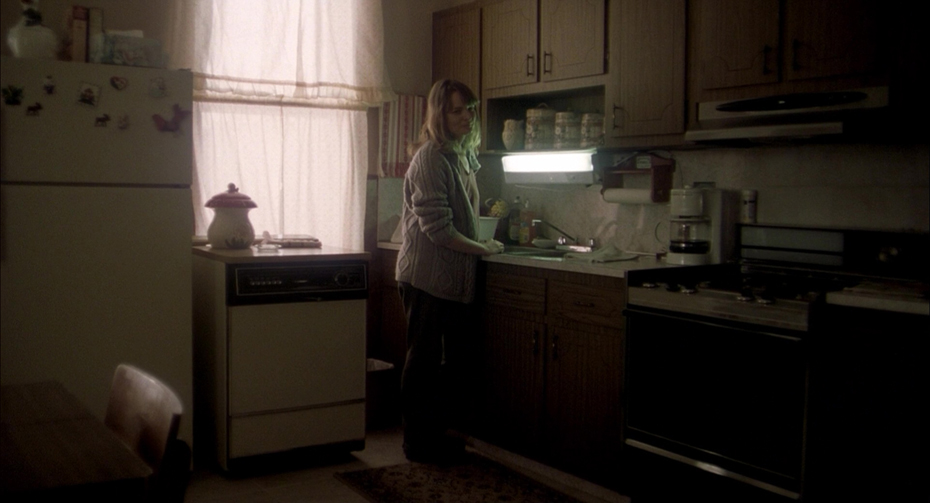 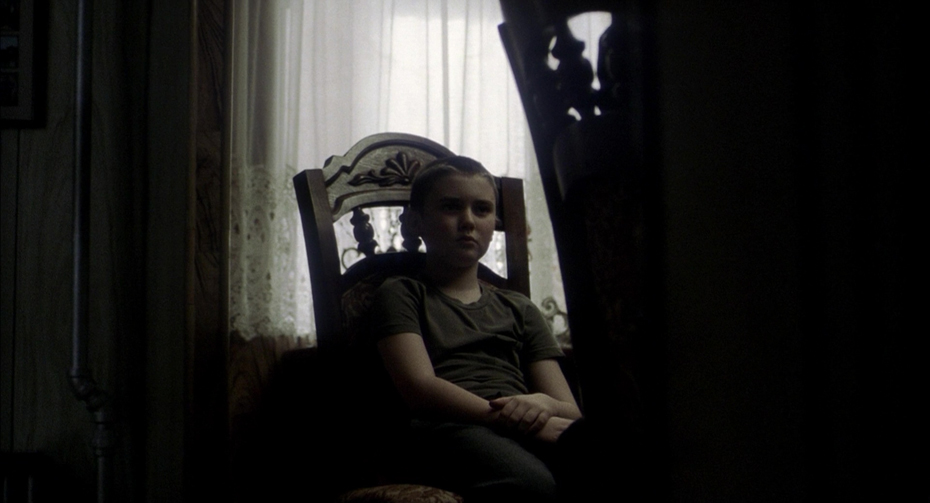 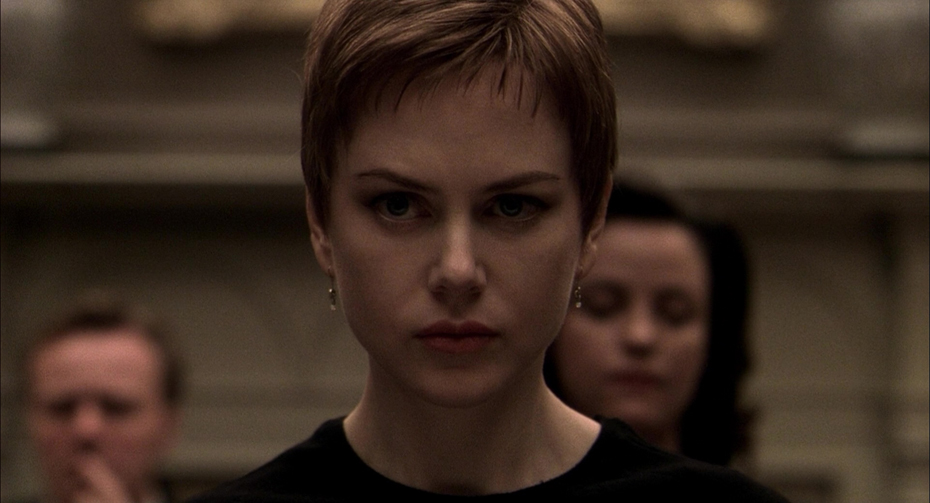 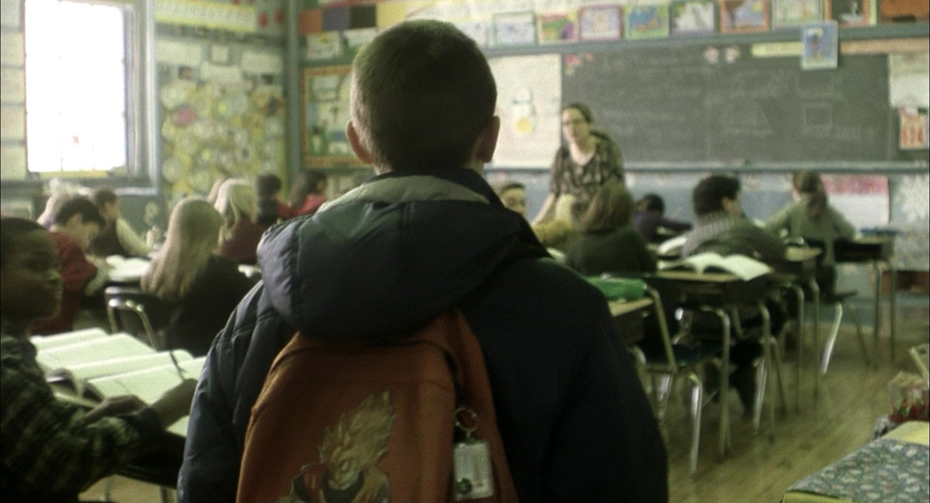 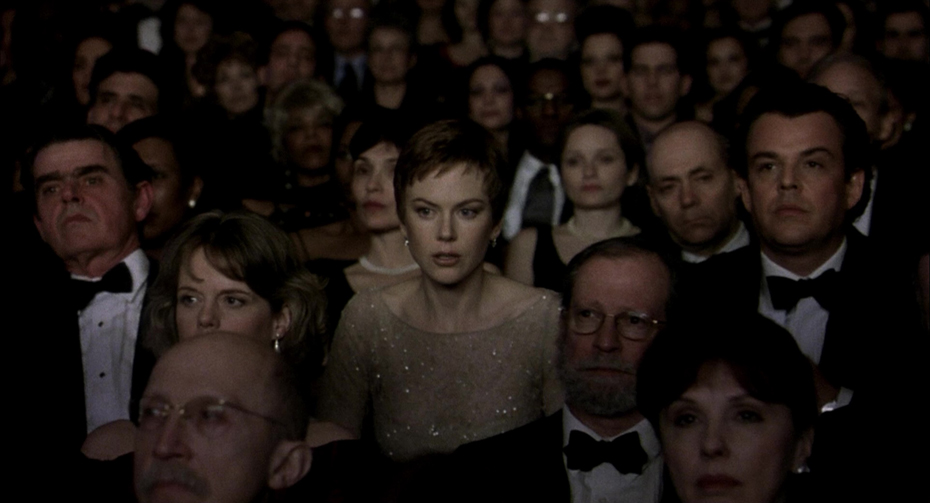 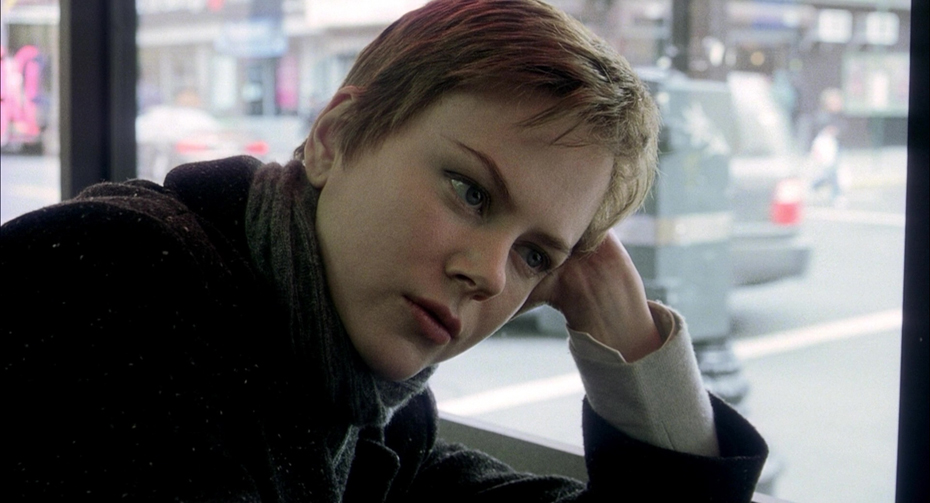 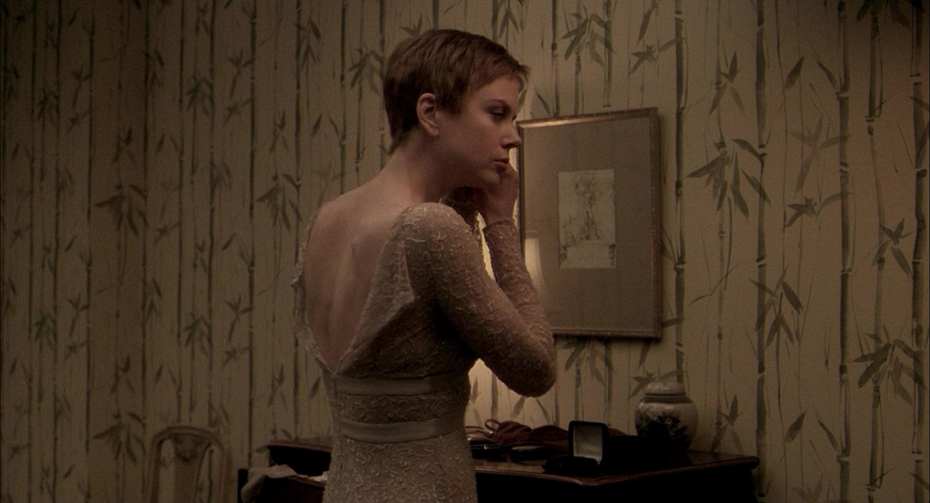 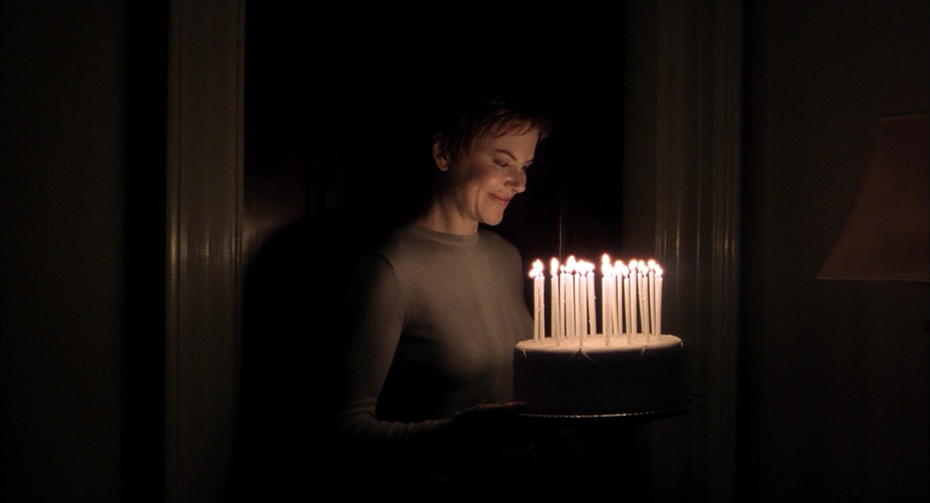 BIRTH is a 2004 drama film directed by Jonathan Glazer and starring Nicole Kidman, Lauren Bacall, Danny Huston, Anne Heche and Cameron Bright. The film follows Anna (Kidman), a woman who becomes convinced that her dead husband has been reincarnated as a 10-year-old boy. Birth premiered at the 2004 Venice Film Festival and was nominated for the Golden Lion. The film was shot by legendary American cinematographer Harris Savides, who was known for his work on films such as The Game, The Yards, Gerry and Elephant. Savides and Glazer initially had difficulty articulating the visual approach they wanted to take for the film. Glazer knew that he wanted the movie to be somber, but it wasn’t until they saw a location photo of the Waldorf-Astoria’s lobby that they were able to pinpoint what they were after. Using techniques of overhead lighting and diffusing light sources through muslin, Savides was able to create a softly-lit, unsettling visual language that complemented the story arc that Anna went through over the course of the film. 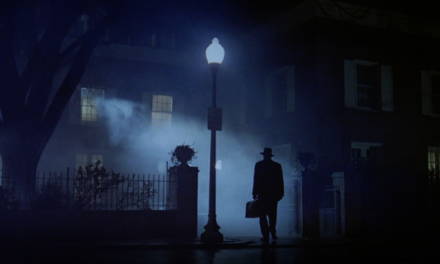 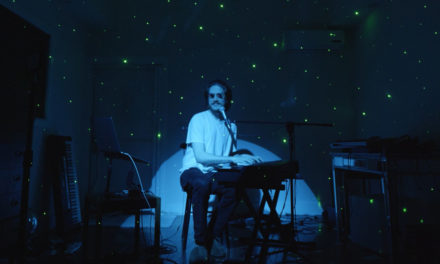 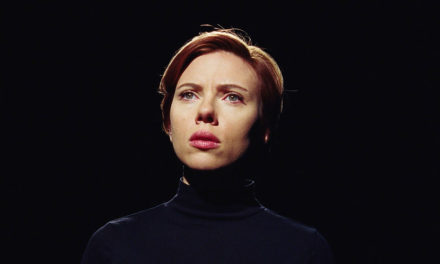 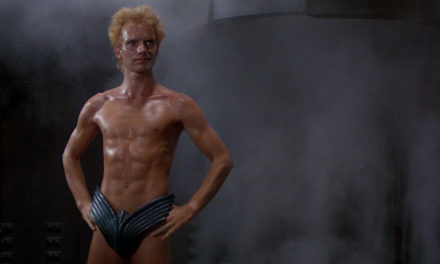